These basic conceptions and quantitative models are used at every level of getting financial decisions, but in the latest definition of finances, we meet with the following doctrine of the financial foundation: main function of the finances is in the satisfaction of the people’s requests; the subjects of economical activities of any kind (firms, also state organs of every level) are directed towards fulfilling this basic function. For the goals of our monograph, it is important to compare well-known definitions about finances, credit and investment, to decide how and how much it is possible to integrate the finances, investments and credit into the one total part.b Some researcher thing that credit is the consisting part of finances, if it is discussed from the position of essence and category. The other, more numerous group proves, that an economical category of credit exists parallel to the economical category of finances, by which it underlines impossibility of the credit’s existence in the consistence of finances.

The definition of totality of the economical relations formed in the process of formation, distribution and usage of finances, as money sources is widely spread. For example, in “the general theory of finances” there are two definitions of finances: Finances reflect economical relations, formation of the funds of money sources, in the process of distribution and redistribution of national receipts according to the distribution and usage”. This definition is given relatively to the conditions of Capitalism, when cash-commodity relations gain universal character. Scientific works in the theories of finances and credit, according to the specification of the research object, are characterized to be many-sided and many-leveled. 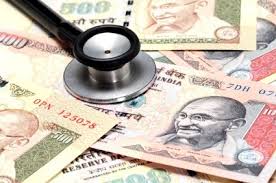 Finances represent the formation of centralized ad decentralized money sources, economical relations relatively with the distribution and usage, which serve for fulfillment of the state functions and obligations and also provision of the conditions of the widened further production”. This definition is brought without showing the environment of its action. We share partly such explanation of finances and think expedient to make some specification. First, finances overcome the bounds of distribution and redistribution service of the national income, though it is a basic foundation of finances. Also, formation and usage of the depreciation fund which is the part of financial domain, belongs not to the distribution and redistribution of the national income (of newly formed value during a year), but to the distribution of already developed value.

This latest first appears to be a part of value of main industrial funds, later it is moved to the cost price of a ready product (that is to the value too) and after its realization, and it is set the depression fund. Its source is taken into account before hand as a depression kind in the consistence of the ready products cost price. Second, main goal of finances is much wider then “fulfillment of the state functions and obligations and provision of conditions for the widened further production”. Finances exist on the state level and also on the manufactures and branches’ level too, and in such conditions, when the most part of the manufactures are not state. l What can you buy with bitcoins